As a child, my parents took me to see the San Francisco symphony. We sat above what only could have been some sort of organ: I mostly remember staring at the shiny gold pipes that were vibrating with sound. After this trip, I was to pick an instrument. I was going to play classical music.

But eventually I had to name an instrument. I didn't want to be like the rest of the kids. So I picked the trombone. This was a short lived venture: there was a girl named Allison who was really good at the trombone and she was a year young than me- couldn't have that. Also I managed to bang the case so often that it got a hole in it. And my parents said I sounded like a dying cow.

So I returned the trombone and picked the only instrument the band director didn't play: the oboe. I must admit I was kind of surprised when I went with my mother to rent this instrument and the salesperson brought a small box out of the back. I thought they were going to bring a delightfully large, brassy instrument out- in retrospect, I think I imagined a tuba or a french horn. I hid my surprise: after all, I was supposed to have chosen an instrument I would love. And so I smiled, and picked up the oboe, and worried it looked too much like a clarinet.

For the next fifteen years, I would play that thing. I played with youth symphonies and in the school band. I played with a private teacher and I played in a jazz band. And then I got ready to go to college and I tucked it away and it gathered dust.

Though I wouldn't say I still play the oboe, I would say that those years were absolutely critical to becoming who I am today. Through music, I learned about making something beautiful with sixty other people. I learned about dogged persistence and I learned how very strong my lips could actually become. I learned how to draw ballerinas from my stand partner in youth symphony and I learned the differences between Mozart and Paganini concertos from my private teacher.

Sometimes I wish I could bust out the oboe and sing around the campfire like my peers who play/ed the guitar. But alas- we double reeds require a bit more planning. But I've got a partner who has shown me time and again, that to make music we only need a pair of spoons to clang against each other or two hands and a drum and a funky beat. I'm grateful for that early training, surprised as I was at the size of the instrument I picked- and besides, whenever I meet another former oboe player, we have something in common. After all, it is the oboe. It's weird, and wonderfully so.

No posts published in this language yet
Stay tuned...

Some of our students performing during our Christmas Concert!!! 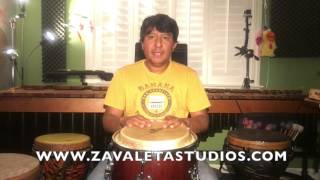 A Minute With Sam: Son Cubano 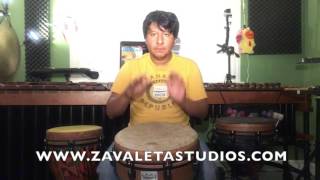 A Minute With Sam: Short Music Lessons in Video Format